A pirate story: the Money Cave 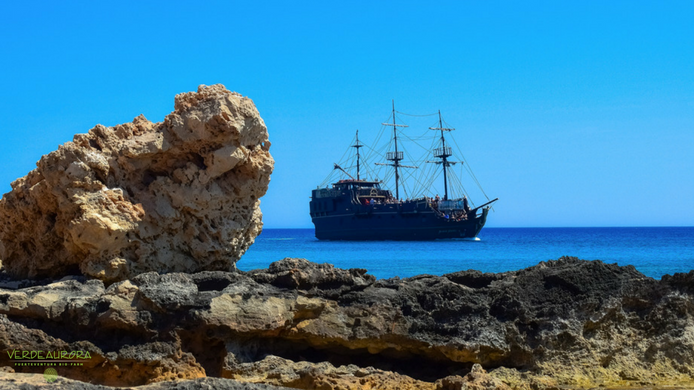 A pirate story: the Money Cave

Fuerteventura is such a spectacular place that even pirates wanted to enjoy its beaches. The Llano del Dinero Cave (Money Cave) is a place for privateers’ stories and the legends that revolve around it make it one of the must-see spots on the island.

Around the Cave of Money are several stories.

The first of them has as protagonist a majorero from Lajares who was imprisoned in a pirate ship. To get away, he decided to announce to the crew that a treasure was hidden in the cave. The majorero convinced the pirates to go and look for him, but his only goal was for the ship to run aground in order to escape. The hostage got his goal, but could not flee since he was killed in the attempt.

The second of the legends that runs around the island about the mysteries of the Money Cave focuses on another pirate ship that, hiding in the beach of Bajo de la Burra, hid a treasure in the cave. This story seems more true, since in 1940 a majorero returned to Fuerteventura after spending time in Cuba. Upon his arrival, he asked about the location of the Money Cave and together with the owner of the land he began to look for the treasure. However, after months of digging and searching the land, they only found a handful of bones.

In 1998, two divers found at the bottom of the waters of the Caleta del Barco, the remains of a ship. This fact makes these pirate legends happen in reality. It is believed that these remains belong to a Spanish ship sunk by the English during the Anglo-Spanish War (1779-1783).

The Money Cave is located very close to Majanicho Beach, in the north of Fuerteventura. Currently, pottery items are probably found by indigenous people, as well as mollusk fossils.

The Money Cave is an iconic place on the beaches of Fuerteventura. Your visit will take you to times of pirates and corsairs and will invite you to visit a historical part of the island that very few tourists know.