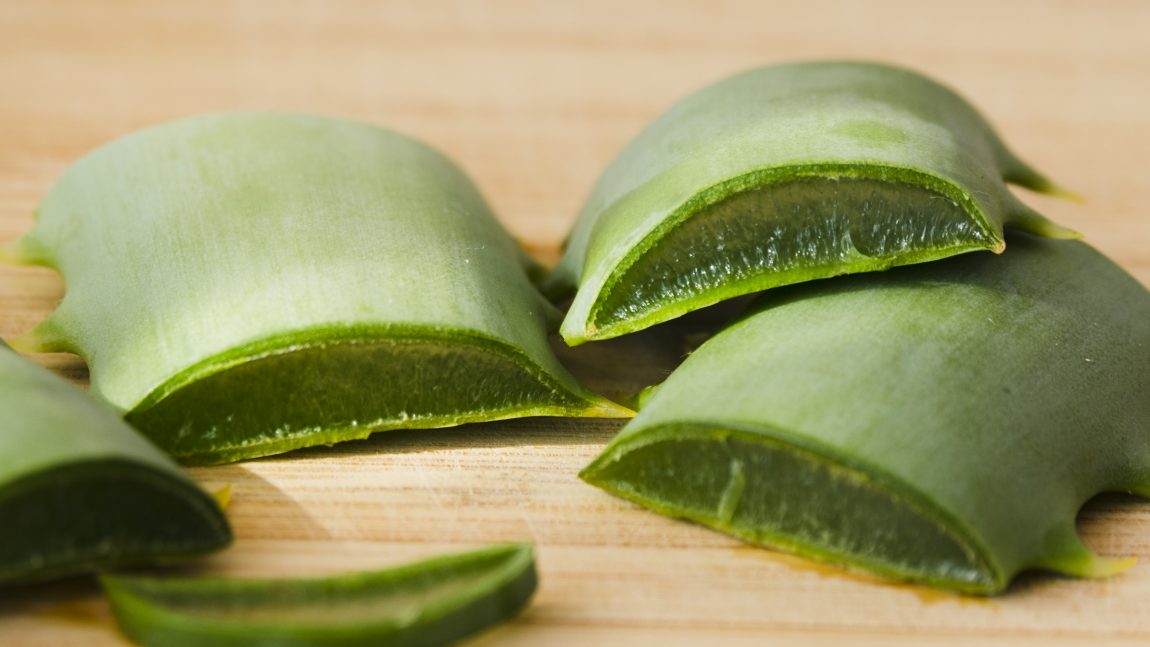 Aloe vera has positioned itself over the years as an essential ally for health and care thanks to its known content in vitamins A, C, E, as well as multiple vitamins from the B family. It stands out, among its composition, B12, since it is one of the few plants that has this vitamin among its properties.

These components, together with folic acid and choline, make Aloe vera the ‘super plant’. Its properties bring almost infinite benefits from which we can take advantage.

We analyze in depth the benefits of the most powerful natural assets of Aloe vera, which many consider a miracle plant ’.

1. Benefits of vitamin A in Aloe vera

Vitamin A is present in both foods of animal origin (retinol) and those of plant origin (carotene), as is the case with Aloe vera. The benefits can be obtained orally or by direct application on the skin. In fact, this asset is one of the favorites for cosmetic brands to incorporate into the formulations of their products.

Once ingested, vitamin A contributes to the formation of visual purpura in the retina, a protein that gives us the ability to see in low light. In addition, it acts in the following ways:

2. Aloe vera has a high content of Vitamin C

Vitamin C is a natural antioxidant, as exposed by Mayo Clinic. This means that it protects cells against the effects of free radicals, produced by pollution, tobacco smoke, radiation, etc.

Aloe vera has a high vitamin C content which, together with its antioxidants and anthraquinones, can help reduce blood sugar levels. This vitamin also helps actively prevent pain such as migraines or menstrual cramps.

3. Hydration with Aloe Vera thanks to vitamin E

Aloe vera has vitamin E, another one of the most ‘quoted’ by cosmetic brands. Among the following functions it provides are:

Folic acid also known as Vitamin B9, is a nutrient that participates in various functions of the body such as:

5. Vitamin B12 in Aloe Vera: Ally against anemia

Vitamin B12 is a nutrient that helps keep neurons and blood cells healthy. In addition, it contributes to the elaboration of DNA, the genetic material present in all cells. It also prevents a type of anemia, according to the NIH, called megaloblastic anemia, which causes tiredness and weakness in people.

6. There are more than 18 amino acids in Aloe vera

Amino acids are the building blocks of proteins. Estimates of how many amino acids are found in aloe are between 18 and 20. But, what are these amino acids for? In Take care plus highlight:

In a recent publication of the Herbwisdom digital portal they compile numerous studies that indicate how Aloe vera acts as a general tonic for the immune system, thus becoming a protective shield against diseases of all kinds.

In fact, according to one of the studies, oral use for six months helped mitigate asthma symptoms in almost half of the participants. Eleven of twenty-seven studied patients who drank aloe said they felt better at the end of the study. The researchers believe that the results could be due to the stimulation of the immune system, thanks to the intake of Aloe, as well as naturally occurring anti-inflammatory agents in the plant.

There are many therapeutic properties of Aloe Vera. In the study of the University of Las Palmas de Gran Canaria they collect many of them. However, we want to highlight some that are not as well known as:

Known chefs like Quique Dacosta or Rodrigo de la Calle have incorporated Aloe vera into their kitchens as another ingredient. In their dishes we can try Aloe in a different and innovative way. But why add Aloe vera to our diet? Simply to be able to enjoy the benefits of its natural assets from within.

The easiest way to incorporate it into your diet? In the form of juice, and even desserts and salads.

What is oxidative stress? Oxidative stress is the result of an excess of the aforementioned oxygen free radicals in the human body. According to Global Remedation, when antioxidants are not enough to counteract free radicals and increase their number in the cell, the oxidative activity inside the cell increases, a structural and functional change of the cell occurs which accelerates its aging and favors Apoptosis or cell death.

Cleansing the liver and digestive system has become a necessity for many people. The accumulation of toxins can cause the propensity to get sick. However, there are many methods that allow the release of toxins and strengthen our immune system.

The richness of Aloe vera in nutrients can help improve digestive processes and maintain good overall health. But it should always be included in a healthy lifestyle and in moderate quantities.

12. Aloe vera as a natural fertilizer for your crops

So far we have only highlighted the properties and benefits of Aloe vera for people’s health, but… What if we tell you that you can use this plant for the care of your crops?

With a penca you can create a great fertilizer for your plants. In the YouTube channel of en20metros Huerto Urbano they explain how to achieve it.

We hope you have liked this complete guide to the properties of Aloe Vera. Visit Verdeaurora.com to learn more about our organic Aloe vera crops, and Aloeverio.com to get your pure juice.

Start taking care of yourself with Aloe Vera!