GET TO KNOW US A LITTLE MORE

HOW THE PROJECT CAME TO BE

The Verdeaurora Bio Farm was born in the 1960s in the heart of Fuerteventura when Antonio Mesa and Pilar Cabrera decided to buy this land to plant tomatoes. Previously, the land was used for planting cereals and legumes, as was the case in a large part of the island. However, in the generational handover of Antonio and Pilar’s son, Luis Mesa Cabrera, the tomato business continued, but innovating in its production with the greenhouse that is still standing today. This new system allowed for better control of the weather conditions, especially the wind. In 1997, Luis Mesa and Cloti Méndez decided that the farm was going to be the place to build a family home to raise little Luis and Aurora.

Around the year 2000, Luis Mesa was forced to abandon the tomato business due to various situations, such as competition from Morocco and difficulties with island cooperation.
For a few years the farm was without any productive activity until in 2008, Luis Mesa, due to his passion for agriculture, decided to plant the first 400 olive trees on the estate. In subsequent years, the Aloe Vera plantations were inaugurated and 200 more olive trees were added.

In tandem to this agricultural activity, the rural tourism accommodation part of the project that we enjoy today began to take shape. In 2002 Cloti Méndez, due to a somewhat unfortunate situation, decided to use the house where he was born in the town of El Roque for rural tourism, thus creating what we know today as Casa Tile. In 2006 it was followed by Casa Pilar and Casa Aurora, which were formerly a house of typical Majorero construction, home to the previous shareholder who took care of the crops on the farm in the time of Antonio Mesa.

The next big change, the jump to the third generation, occurred in 2013 when Luis Mesa Méndez returned to Fuerteventura after his architecture studies in Madrid. Upon his arrival, he took the reins of the family project, deciding to unify everything under the name of Verdeaurora. He is the one who decided to take the step to open the farm to share with everyone who wants to know about the agricultural traditions of Fuerteventura, always with an ecological philosophy and caring for the environment.

The Verdeaurora venture began and over the years the project took off and started to generate great activity and movement. And so it was, until reaching the next big change that the team experienced recently, which was to implement a Permaculture garden in the year 2020. Following some intensive training during the month of February 2020 surrounded by great professionals transmitting their knowledge and expertise, the Mesa Méndez family took advantage of the pandemic confinement to generate a significant change on the estate, which continues to this day. The Verdeaurora team is very proud of this breakthrough and eager to share it with everyone who wants to live a unique experience, surrounded by nature and well-being.

We believe in sustainable, environmentally friendly management in order to offer quality experiences and products

We use solar panels to supply the farm with renewable energy, thus reducing traditional energy consumption

Application of the concepts and principles of permaculture to the design, development and management of sustainable agricultural systems on our farm

MISSION, VISION AND VALUES OF VERDEAURORA

MISSION:
Raising individual and common awareness through a lifelong project, focused on respect for the Earth we inhabit.

VISION:
Heading towards self-sufficiency in a sustainable way through continuous learning and its subsequent dissemination. 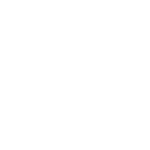